As the last trace remnants of Tito’s and brisket leave my system, I thought it was about time to reflect on a few memorable insights from a hazy, yet stirring, trip to Austin.  SXSW can at times feel like wading through a dizzying sea of capital seekers, media hustlers, celebrity slingers, and self-appointed digital deities. However, amongst the throngs are countless sparks of inspiration manifested through a collective passion for a world barely stretching into its digital infancy.

As always, I was intrigued by the various methods used to connect with the SXSW audience. From Braintree-draped pedicabs (shameless client plug) to an Airbnb backyard BBQ hosted by Snoop Dogg, complete with Portland distilled Gin and Juice (more on this later), there were countless opportunities for visibility. The thing is, not all of them actually engaged. Employed more than any other tactic, by far, is sponsorship of a party, of which I attended plenty. Success metrics should be simple: Did I have fun? Do I know who threw it? And, do I know what the heck they do? Frankly, the first should be easy. And the process around the second begins the moment you RSVP. But, what the heck do they do?

I attended 2 parties in the same day with one providing it’s organizers significantly better ROI. The first, thrown by TV renegade outfit Aereo, featured solid DJ’s and easy access to drinks and dancing. Most importantly it was well branded, without being all in your face. I would gather every guest left with the ability to associate the start-up with digital and television, batting a thousand in my eyes. The other was later in the evening but certainly higher profile. But after hours spent inside, all that my fellow partygoers  left with was the impression that Biz Markie still has it (even when his gear cuts out) and the question, “who the heck is CrowdTap?” Sure I had a cursory understanding of the service. But most couldn’t recall learning anything the brand had to offer. 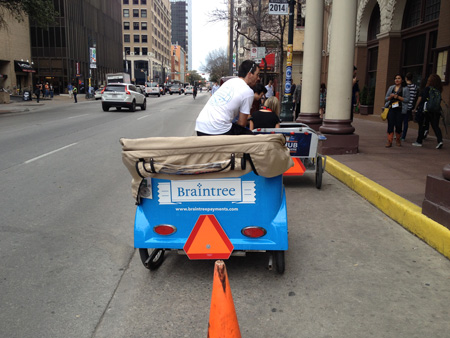 2.    Not exactly digital, but certainly wearable?

With no splashy digital start-up launches, the week seemed to lack the buzz of years past. The next Twitter there was not, but this void seemed to be filled with new tech around every corner, especially when it came to the wearable world. It seems very apropos to write this the same week Facebook purchases Oculus Rift for 2 Billion. You can just feel worlds collide as this inevitable convergence was on full display at SXSW. Google Glass was ever present, and I even saw someone demonstrate the only way to speak into a Samsung Watch and not look awkward and/or crazy.

Remember the host of the Airbnb BBQ I mentioned? Well, check out Snoop talking about his newest toy, The Avegant Glyph (2nd shameless client plug).

But the craziest “wearable” I saw was an Alien’s, “Stay-away-from-her-you-B***H” exoskeleton by Japanese start up Skeletonics. I actually caught it twice. Once in the exhibit hall and once stalking Guillermo across the Jimmy Kimmel stage. 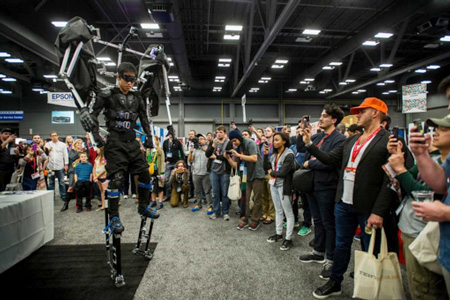 SXSW provides countless opportunities to learn something. But what value you leave with really depends on what you’re looking for. Personally, I found the conference to be very thought provoking but geared more towards philosophical theory and less towards practical application. Privacy concerns abound as brands and consumers alike try to understand the growing boundaries of our digital playground. Overall, programing was varied and for the most part rewarding. But for this student, real education was to be found 3 cocktails deep in the bar at the Driskill.

The energy of business flowing through that one room was intoxicating on its own. Conversations flowed from SaaS financial platforms into CPG social campaigns effortlessly. Even if I had to constantly listen to my brother, and former EIMer, hash tag his own name every 5 minutes (#SethXSW), the time I spent learning about Brand Networks paid social platform was invaluable and not something I would have gotten in the convention center. No offense to Edward Snowden and Julian Assange, but Don Draper had lessons to reinforce. 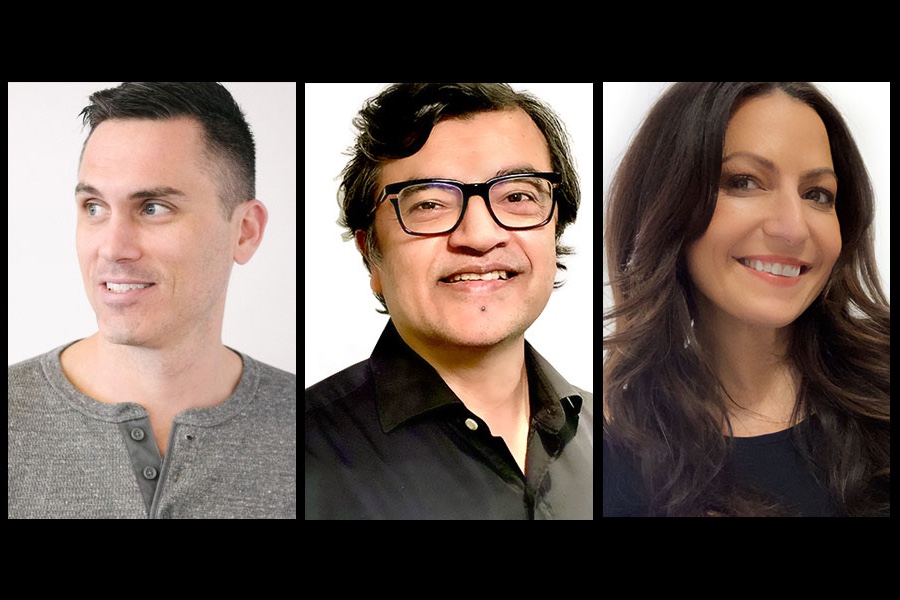 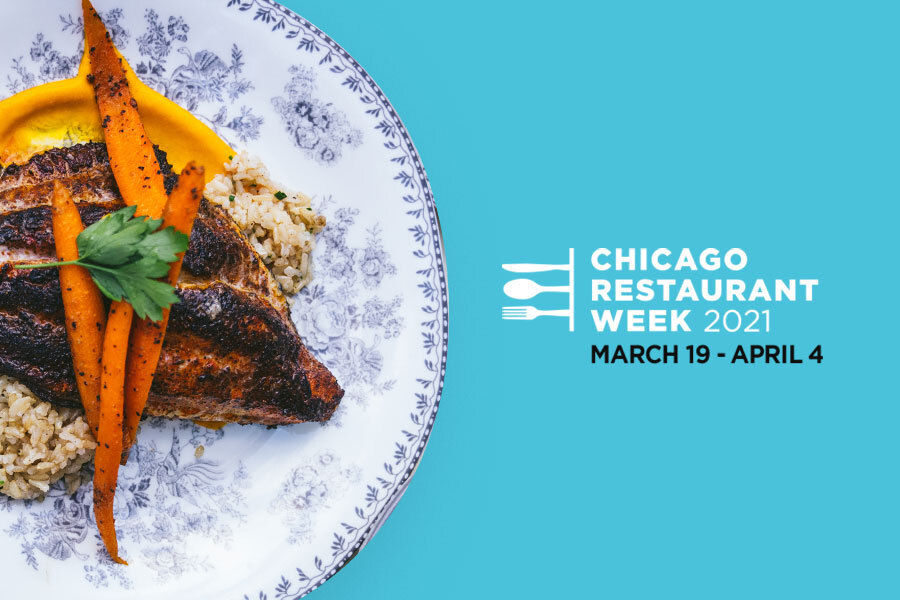