Bing announced that at the end of March it decided to “remove sidebar text ads on Bing inventory in the United States.” While the only surprise here might be why it hadn’t happened sooner, they are once again following Google’s footsteps.

The strategy here is that removing sidebar ads will lead to increased clicks on ads at the top and bottom of the page, ads that typically drive a higher cost per click (CPC). Better for the consumer? That can be argued. More money for Bing? Definitely.

What EXACTLY is changing?

Bing states that “testing showed that SERP layout excluding sidebar text ads drove overall click gains for our advertisers, particularly for existing Mainline Text Ads and Product Ads, with an immaterial impressions impact”. This aligns with what Google did in the beginning of 2016, the only difference being the addition of an ad to the bottom of the page, opposed to the top.

Will this change performance?

Whenever there is a shift in the SERP you can expect performance to change. Almost immediately after Google made this shift in February of 2016, clicks on ads at both the top and bottom of the page rose. 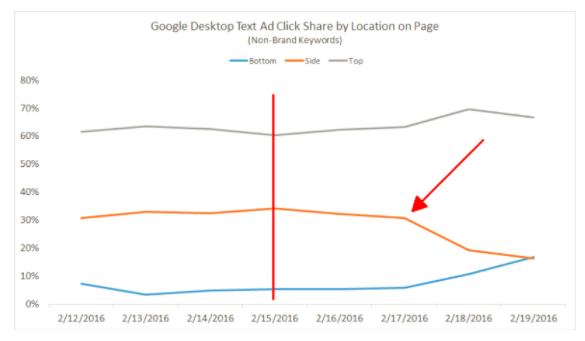 Because the side-rail ads are typically the least fought over and have the lowest CPC (generally), it will only make the top and bottom of page ads more competitive. There was initial concern with Google that CPCs were going to skyrocket, but that never came to fruition. One of the main reasons, at least for the Google SERP, was that advertisers weren’t necessarily willing to pay the same amount for bottom of page ads as they were for sidebar ads. Unlike Google, Bing doesn’t offer as much insight into breakout of ad positions and where it is serving traffic. The fact that a portion of Bing traffic serves to Yahoo and AOL further muddies the waters. 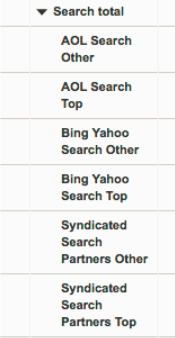 One thing that is certain is that any advertisers running a bid-to-position tactic will need to monitor and make updates as necessary. This may have a larger impact as many advertisers only run on Google. Those running on Bing as well are much more likely to leverage a bid management platform with more advanced targeting capabilities, like bid-to-position. If a larger number percentage of advertisers use this, it could lead to an adjustment period.

This will be something to monitor over the next month or so as advertisers will certainly see at least a small shift in performance. Product Listings, as well as top and bottom of page ads, will likely see an uptick in clicks but advertisers will have to wait and see what the costs will be. 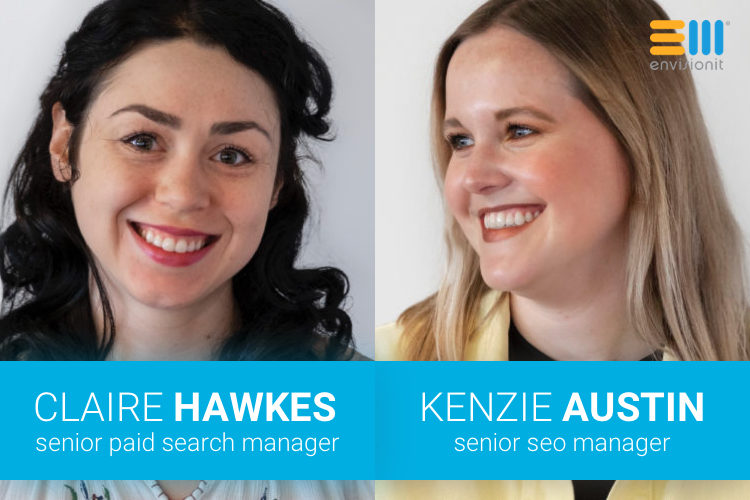 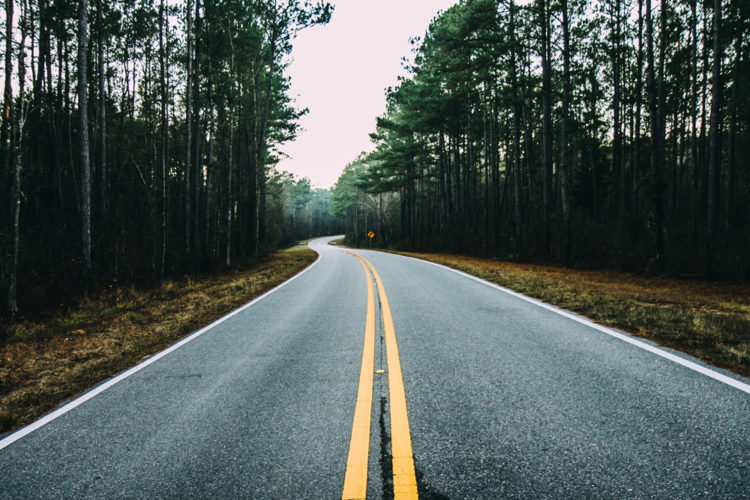